All kinds of things too precious not to share, in short articles. Constantly under construction or destruction. Note that code snippets are usually working minimum examples (often stripped of extra features). If you plan to use and of the code for anything serious, you may want to contact me. It's likely that I can provide you with some updates and good (?) advice. fabian@fkurz.net

For my growing station in Poland (SO5CW), I recently acquired a TS-440S/AT for just 120 EUR, and of course it had some issues, which I am in the process of repairing:

This issue is very well known and described in detail e.g. on OZ1BXM's TS-440S repair page. The root cause is that the glue which was poured over some VCOs becomes conductive over time. The glue must be removed.

I completely rebuilt VCO1 (RF unit) and then VCO5 (PLL unit), but I didn't use new parts except for Rs and electrolytic caps; instead I carefully removed the glue from the PCB as good as I could, desoldered and cleaned the parts, and finally (after removing all the remaining glue) rebuilt it (📷1, 📷2, 📷3, 📷4). In the process I accidently destroyed a varicap diode which I replaced with a BB139, as suggested by OZ1BXM, and a switching diode which I replaced with a BA243 (OZ1BXM recommends the BA244 which has superior parameters, but I couldn't obtain one). I also killed L43 in VCO5, which was easy to replace, however.

Once everything was rebuilt, on VCO1 I needed to adjust T23 slightly (due to the changed varicap) and that was it! Re-using the old parts probably saved me from some tuning work.

A few things I remember: 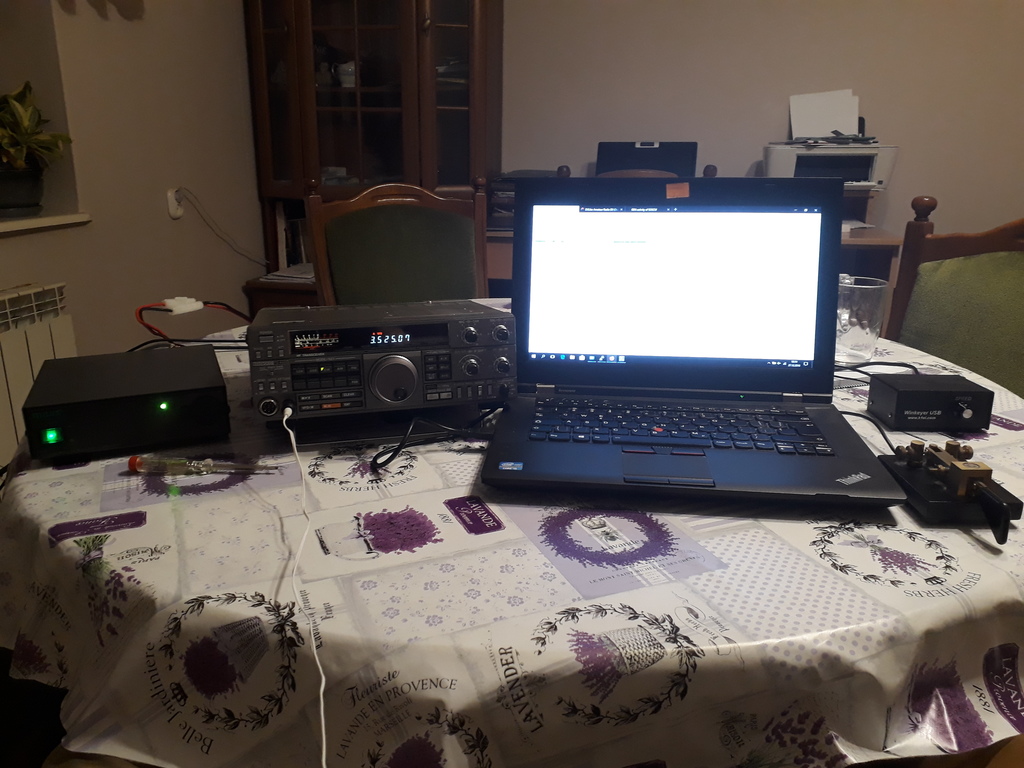 The whole rebuild of VCO1 and VCO5 took about 8h total. I listened to great blues by Dire Straits to make it bearable :-)

The attenuator button (ATT) of the TS-440S/AT didn't show any function. Checking the DC levels around Q2 showed that there was only around 6V present at the emitter instead of the expected 13.3V. The voltage supply is coming from J16 via L115/L112. 13.7V could be measured at those Ls, but not at Q2, although according to the circuit diagram there's nothing in between. It turned out, however, that there's a wire bridge W2 between them, and furthermore this was populated with a resistor (4.7 Ohms) - and this resistor was broken (open).

Replacing W2 with a new 4.7 Ohm resistor fixed the attenuator.

Turning the RIT or XIT control results in abrupt changes from -1.2 kHz to +1.2 kHz (full scale values), with nothing in between.

An quick check showed that the RIT potentiometer is actually broken. So far I have not made an attempt to repair/replace it, because it a) takes a lot of effort to remove the front panel completely, so I can reach the PCB with the potentiometer and b) I can simply use SPLIT if I need the RIT functionality.